skip to main | skip to sidebar

...and how. It's late April. We're almost 1/3 of the way through 2010. I'm 29 years old. It's baseball season again (and the Orioles are losing again). I haven't written anything since Lent. Some of these are good things. Others not.

Whichever way the last one goes, I wanted to toss up something I've been picking at and re-editing for a while now. Feel free to laugh yourself silly at the basic premise...but please let me know if so, I'm truly interested in any feedback.

In the book of Genesis, God is never mentioned as creating time: only delineating it via night and day. "Evening came, and morning followed." Time is simply there, never a specific creation. We move through it; we measure its passage; we write countless stories about going backward or forward in it - but we cannot, because it has no existence of its own. Just as darkness is a negative, the absence of light, so too is time a negative; the absence of eternity. All other aspects of Creation draw us further into themselves, and beyond themselves to God as their fulfillment. We experience the beauty of a piece of music, say, and we desire more; so too with the peace of a deserted seaside at dusk, or the love of husband and wife. These are good and we want them in full; we want to escape time so as to experience them completely. But we cannot; and that we cannot is no one's fault but our own. (Yes, I’m playing ‘Pin the Blame on Adam and Eve’. If you want an activity that never grows old, there you are!)

As we grew harder in our sin, from Adam to Cain to Lamech, we withdrew further from God and His 'rest'; from eternity. Time began to press on us all the more; man's days indeed grew shorter and shorter. The further we are from God, the more keenly we feel and resent the passage of time. Contrariwise, the closer we are to Him the more of a share we have in his eternal Now. In prayer; in Scripture; in the Mass, we have a foretaste of what one day we will know in full. The Rosary, litanies, and various chaplets are not vain repetition, but a foretaste of timelessness. You were saying this prayer five minutes ago; you are saying it now; in five minutes more, you will still be saying it. (The Rosary in particular can seem eternal.) To the degree that you are absorbed in the prayer, time ceases. Born out of that same Eternity are the Scriptures, written as they were over thousands of years and across the range of human experience: joy/sorrow; abundance/destitution; worship/apostasy; freedom/slavery; age/youth. Every basic truth of man, in himself and in relation to his God, is touched on: it is a Book that can never grow old or cease to convey God’s Word across time.

Silence, too, holds its share of eternity. Noises change with with time: we could no more identify the commonplace sounds of the ancient world than they could those of ours. Languages shift; even the sounds of nature differ from one place and time to the next. But silence is ever the same, ever timeless; and it is there that God meets us, there that all the culture and knowledge that overlays our common humanity is laid aside as irrelevant. There, it is us alone with God and there is nothing else that matters.

Most of this has been said, well, time and again: by Lewis, Vanauken, Keats; many others. It’s a problem as old as man, our discontent with time, and it has inspired a great deal of lofty theology and philosophy. I don’t aspire to those heights myself – I can look at them from below, and tell what I see, but stand atop that Everest? I don’t have the lungs for that. I’d rather pull in an example from a far more down-to-earth field, that of modern neurology.

In his books of case studies, the neurologist Oliver Sacks details three cases of men with Korsakov’s syndrome: a neurological condition in which the ability to form long-term memory is destroyed and short-term memory is impaired; often there is amnesia stretching back an arbitrary number of years. For those men, life was like a spotlight illuminating, at best, only the past few minutes; past its edges, all was darkness. Each of them thus lived in a state of perpetual confusion: who is that elderly man in the mirror? What is going on, who are you, have we met? I must have just woken up – no, now I’ve woken up, no - now… Yet each of them had something to root him as well; something that did not change. For one, it was the wife whom he could not describe, who belonged wholly to his lost years, yet whom he always recognized and ran to when she visited. Another, who never ceased inventing frantic, ever-changing context for the world he found himself in, would sometimes wander out into the garden and there, in its silence, grow quiet. For the third, who otherwise seemed adrift, a ghost of a man, it was chapel and the Mass. Stripped of any sense of time and of self, they three could only cling to those things which held some taste of eternity: marital love; the peace of nature; music and art; the heaven-on-earth of the Mass. In those, they could recollect themselves as persons.

Against all of this is the one to whom this time has been given; the one who rages because he knows his time is short. He is forever urging us to look over our shoulder at past sins; to either luxuriate in them or despair on their account; to cast our future in their image and never exist in the present at all. Witness Marlowe’s Dr. Faustus, in terror as he awaits the return of Mephistopheles for his soul: he’s had his fun, but that is over now and Hell is coming for him. His friends enter; he confesses all; they urge him to turn to God, it is not too late, this does not have to happen. But in Faustus’ mind, it already has. His future is in slavery to his past and it is that, alone among his sins, that permits Mephistopheles, to enter, mock him, and drag him off to Hell.

On the one hand, the devil uses time to drive us to despair; on the other, he loves to use it to lull us to sleep. “Tortured fear and stupid confidence,” per Lewis, “are both desirable states of mind” to him. Is that not the root of sloth, the feeling that our time will never run out, that we can always do later what we just don’t feel like doing now?

Now; this moment; the point in which - again in Lewis' phrase - "time intersects eternity". Christ does not call us yesterday, or five minutes hence, but in the present moment. Come, because now is the acceptable time; now is the day of salvation. Come, because My grace is sufficient for you; My power is made perfect in your weakness. Come, and do not worry for tomorrow, for the Father knows your needs. Come, because I call you now, and you will never be more ready.

Come, and I will give you rest. 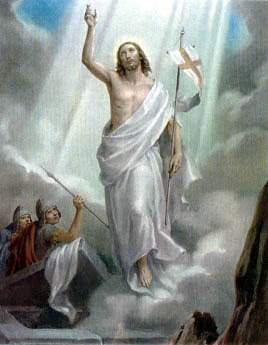 A Miscellany of Blogs